Liquefied Natural Gas (LNG) – natural gas that has been processed to be transported in liquid form – is increasingly being used in the transport sector, especially in the maritime sector and is on its way to becoming the most sustainable fuel today.

In this sense, greater use of LNG could be able to boost the decarbonisation process in the transport sector, something that Europe and organisations such as the IMO have been demanding for some time. Today, Spain already has the basic infrastructure for the treatment of LNG, with six plants operating in ports of general interest, which represent 40 percent of the storage capacity of all Europe and 5,35 percent of the world.

Currently the vessels that use this fuel benefit from the largest reductions in fees allowed by law, so it is something that all logistics operators have begun to bear in mind. It is also the case of Stock Logistic aware of the economic and environmental advantages of using this fuel in transport. 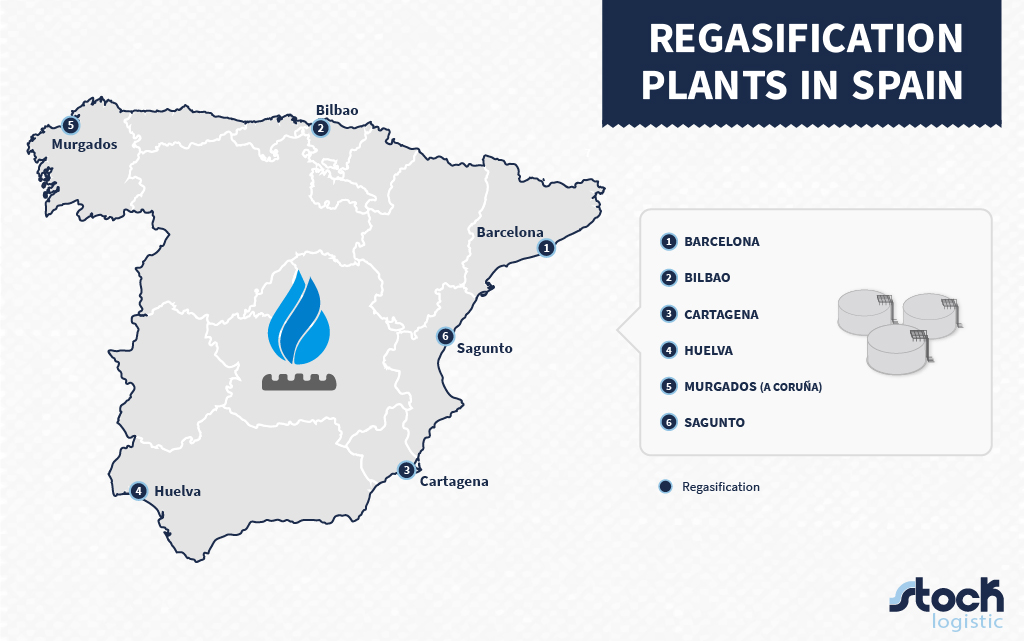 Some of the positive aspects of LNG are:

Spain is the largest LNG importer in Europe, with nearly a third of the total volume. It is also the European Union country with the most regasification plants. It currently has six active regasification plants located in Barcelona, Bilbao, Cartagena, Huelva, Mugardos (A Coruña) and Sagunto. In addition to another facility in Gijón, which is hibernating, but in the process of being operational.

This development also places Spain as the European area with the greatest capacity for storage of liquefied natural gas. These infrastructures make it possible to load, unload and store LNG from methane tankers, and then introduce it into the pipeline system as natural gas or transport it as LNG in tanker trucks.

The use of LNG will help decarbonization of transport was last modified: July 18th, 2019 by Stock Logistic

Got Something To Say?

This site uses Akismet to reduce spam. Learn how your comment data is processed.