A rail motorway is defined as a combined transport system in which road vehicles (lorries) are transported by rail in shuttle services using specially upgraded rolling stock and terminals.

An example of the latter would be the railway motorway connecting the terminal of Alonso Group , of which Stock Logistic forms part, of Can Tunis, in Barcelona, with Bettembourg (Luxembourg). The line began operating recently and links the Iberian Peninsula with Central Europe. It is the first railway motorway in Spain and loads P400 semi-trailers. 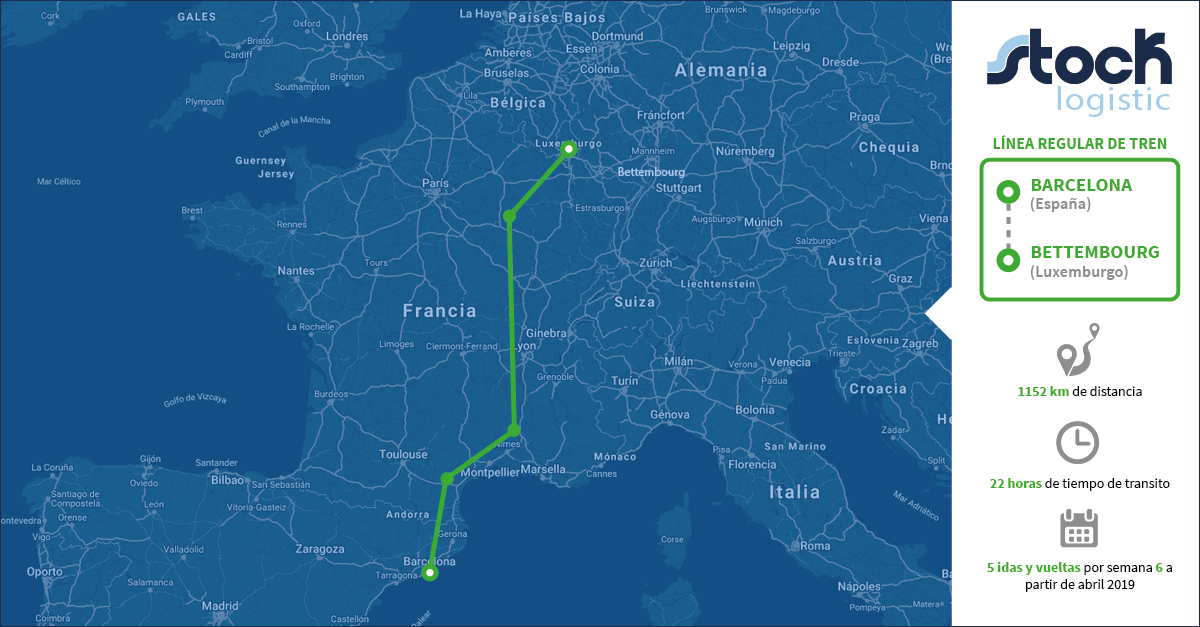 Depending on the type of technology we find the following cases:

Other technologies designed to provide rail motorway services also exist today. An example would be the Eurotunnel or Channel Tunnel which offers freight shuttle trains using a specific system of rail motorways. Launched in 1994, this motorway transports lorries, cars and also passengers.

Railway motorways must be located close to major road axes or at concentration points. This is better than being located in highly industrialised areas. It is also necessary to take into account whether the service will be accompanied or not (depending on the needs of the companies requesting the services) and also to study aspects such as environmental sustainability, availability or the cost of land.

Advantages over the road

According to calculations that both European institutions (the case of the European Commission) and private sector actors handle, the use of rail motorways means that up to 350 trucks a day can get off the road, with the significant energy and environmental savings that this entails. It also has other advantages, such as decongesting roads. In short, rail motorways are a genuine alternative to road freight transport in Europe, and they also have another key concept in mind in logistics: intermodality.

What are rail motorways? was last modified: May 23rd, 2019 by Stock Logistic

Got Something To Say? Cancel reply

This site uses Akismet to reduce spam. Learn how your comment data is processed.